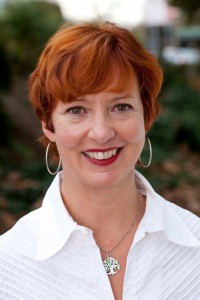 Constance Clare-Newman is an Alexander Technique teacher with an extensive background in Dressage.

Constance began her equine career with hunter-jumper trainer Tommy Lowe in Santa Barbara when she was 12. A year later she won an Equitation Seat Junior Championship—and she has been interested in a good seat ever since.

Constance began riding dressage in 1979, working with Jaye Cherry and Hilda Gurney at Los Angeles Equestrian Center and later at Hilda’s “Keenridge” in Moorpark, CA. Teaching, training young horses, showing horses in training, Constance lived the typical trainer’s life, riding up to 10 horses a day. Riding in clinics with world class trainers, Constance realized she wanted to be at the source and moved to Germany in 1983.

While in Germany and Austria, Constance worked and trained in small private barns with trainers who had studied with Georg Wahl of Switzerland. After many hours on the longe, and learning from trainers who insisted in a strong, deep seat, Constance transformed her dressage seat, and experienced extraordinary results in her riding. She trained many young horses and several up to Grand Prix. Constance won ribbons/medals with various horses in international competitions in Austria, Switzerland and Germany.

In the late 1980’s Constance returned to dance and theater, performing arts she had studied in her youth (quite intensely in the case of childhood ballet). She performed professionally in the San Francisco Bay Area through the 1990’s. Fascinated with movement and the mind-body connection, she trained in the Alexander Technique with master teacher Frank Ottiwell and was certified in 2001. Still performing into her 50’s, Constance credits the Alexander Technique in keeping her injuries at bay, or at least, manageable.

In 2002, Constance traveled to England to work with Sally Tottle, author of “BodySense, Revolutionize Your Riding with the Alexander Technique” and classical dressage trainer, Danny Pevsner, who was also an Alexander Technique teacher. This bringing together of two movement disciplines was inspiring and fruitful.

By combining her teaching experience with continuing education courses on anatomy, trauma, breathing coordination, and other movement arts, Constance has developed a way of working with riders that frees up deeply patterned restrictions in posture and movement. For the student who aspires to be in true harmony with the horse, working with Constance can bridge the gap between knowing it’s possible and experiencing the reality.

Constance travels to teach The Well-Carried Rider workshops as well as working privately with dressage riders and other performing artists around the country.

Listen to an interview with Constance in The Embodied Podcast.

"I believe that every dressage horse deserves a rider who does not interfere with his best movement, and who can guide him with clarity and an independent seat."
-Constance Clare-Newman